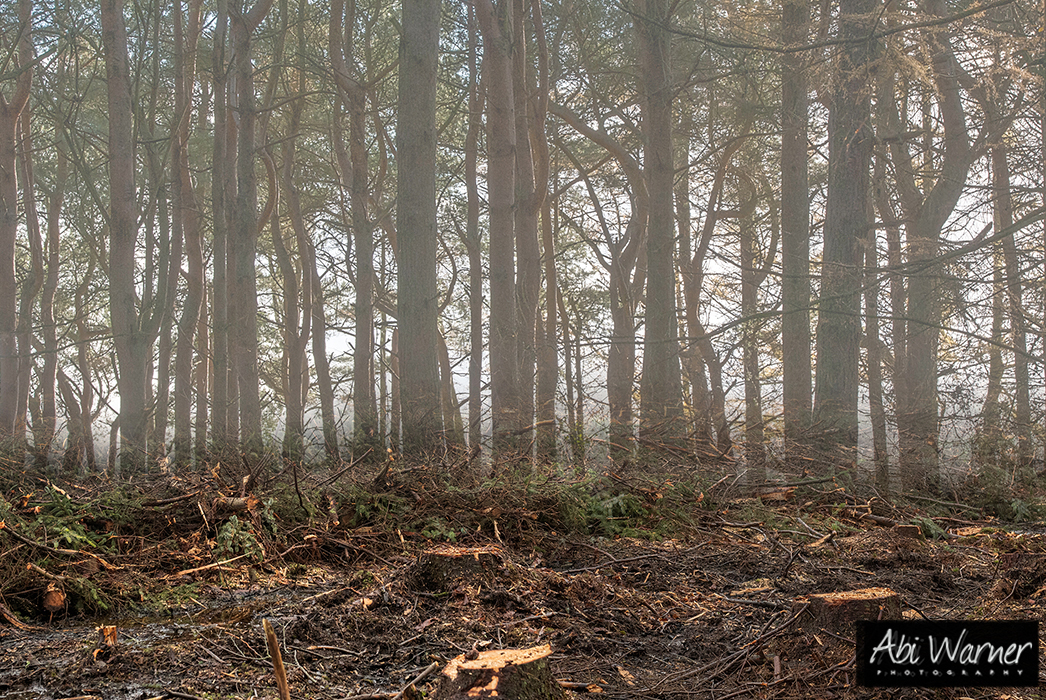 A scared landscape with the ghosts of indigenous trees

Scotland used to be a forest, it was alive, there was an abundance of wildlife living here, 1.5 million hectares of indigenous trees as far as you could see.

The native pinewoods a vast primeval wilderness of Scots pine, birch,rowan, aspen, juniper and other trees.

On the west coast, oak and birch trees predominated in a temperate rainforest ecosystem rich in ferns, mosses and lichens.

Many species of wildlife flourished in the forest, including the European beaver, wild boar, lynx, moose, brown bear and wolf, as well as several notable species of birds - the capercaillie, crested tit and Scottish cross bill, which occurs nowhere else in the world apart from the pinewoods. 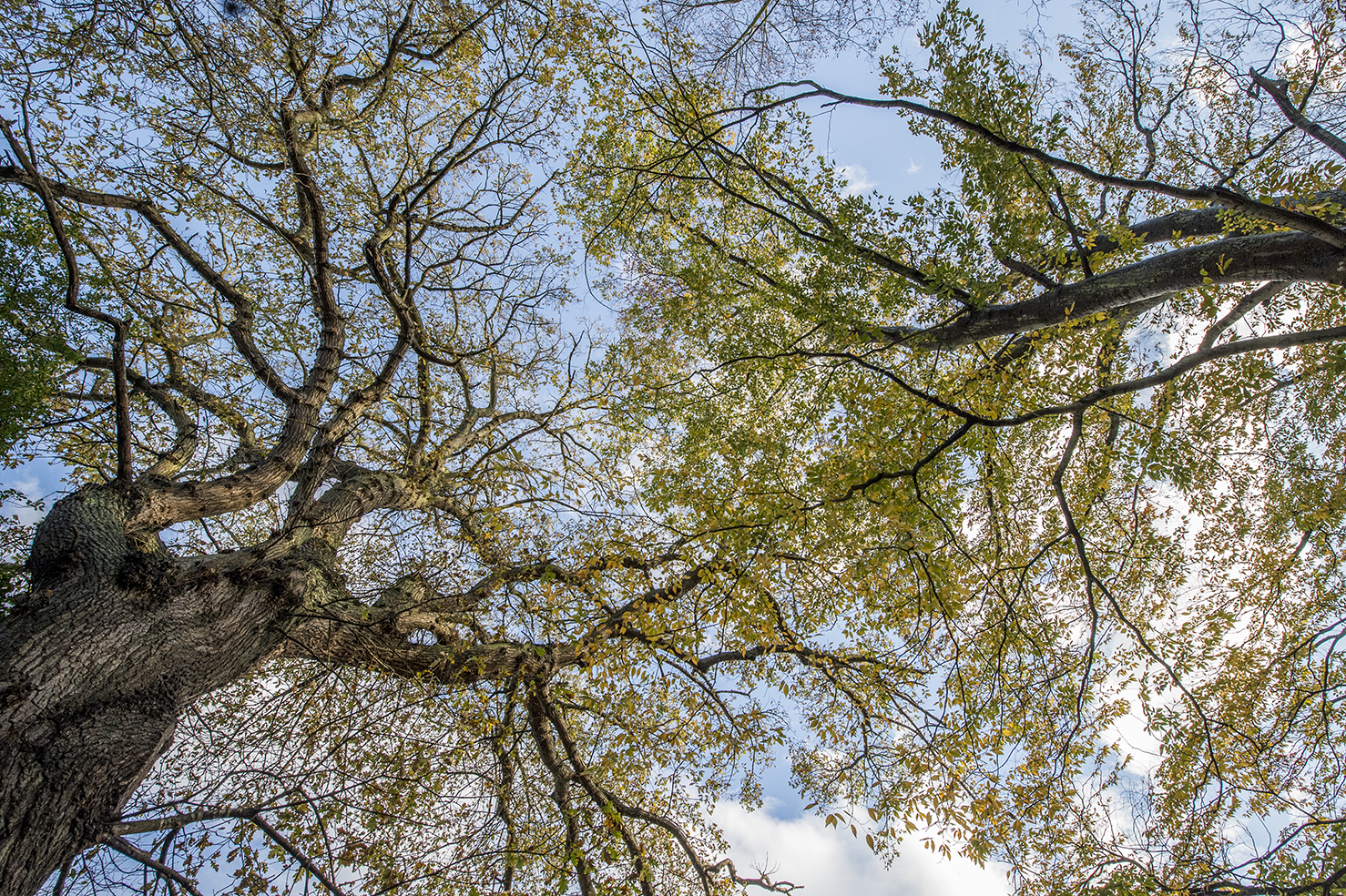 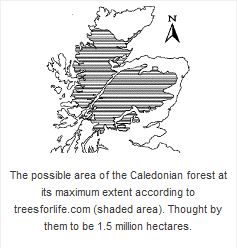 But the great forests were cut down, the land converted for agricultural use, and the owners of the large estates created moorland for shooting Red Grouse. Most areas that now have moors were once forest.

By the beginning of the 20th Century, Scotland was one of the most deforested countries in the world, with only 4.5% woodland cover.

In 1919, Lloyd George said that Britain “had nearly lost the war for want of timber than of anything else”.

The Forestry Commission was created the same year, with the main aim of preventing such a strategic weakness ever arising again.

The Forestry Commission set to work in Scotland over the next 40 years to create a home timber supply.

In 1900, only about 5% of Scotland’s land area was wooded. They converted ancient woodlands to commercial conifer plantations which was damaging, since ancient woodlands are more supportive to biodiversity than recently planted spruce woodland.

Woodland cover in Scotland currently stands at around 18% of land area or 1.41 million hectares (This is far less than the EU average of 40%) much of which comprises plantations of non-native species.

The financial drivers for forestry planting and management over the last few decades in Scotland have resulted in the dominance of one species of tree – the Sitka spruce, which makes up a staggering 70 per cent of the forested areas in this country. 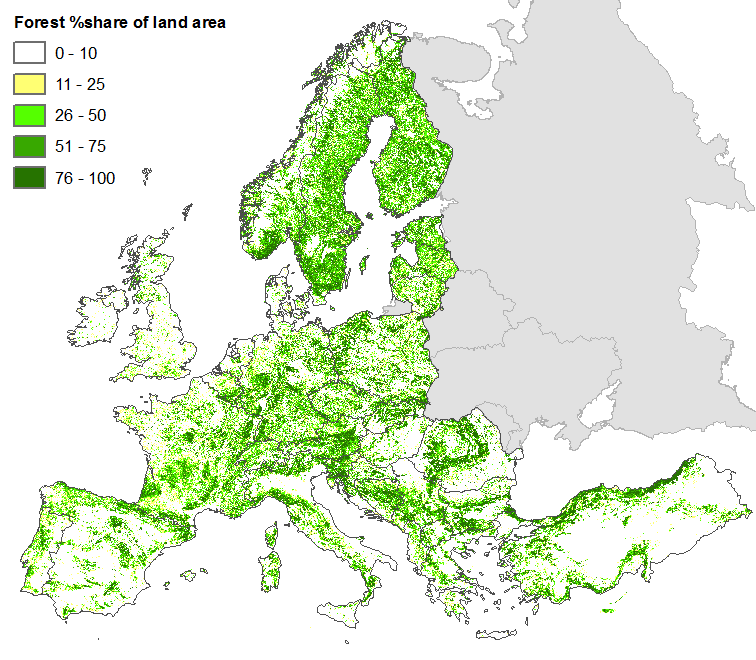 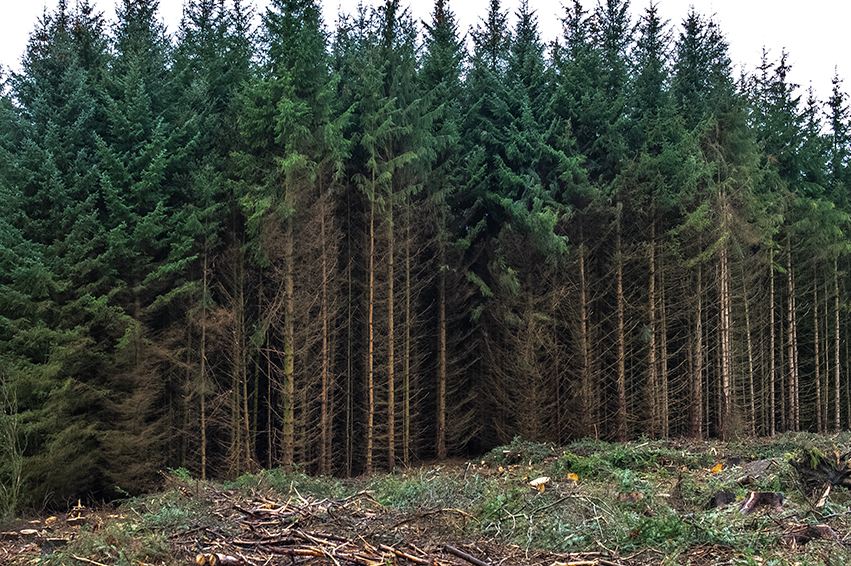 But Sitka spruce is native to the US and not Scotland and this fact coupled with“clear felling,” (where all the trees in a forest planted together are cut down and replaced together), means we are left with a monoculture habitat that fails to support the natural fauna and flora that a mixed indigenous pine forest would.

On these plantations, the trees are planted so close together that there is perpetual darkness.

A quick walk around the plantation (normally it's too difficult to walk through) Will reveal fallen trees and hardly any wildlife (some of these forests are dead, with shallow roots that are easily felled by the wind)

Every 25 years or so the plantations are felled, resulting in huge scars on the landscape, soil erosion accelerates with this deforestation.

Trees and plants act as a natural barrier to slow water as it runs off the land. Roots bind the soil and prevent it from washing away.
The absence of vegetation causes the topsoil to erode more quickly. It's difficult for plants to grow in the less nutritious soil that remains. 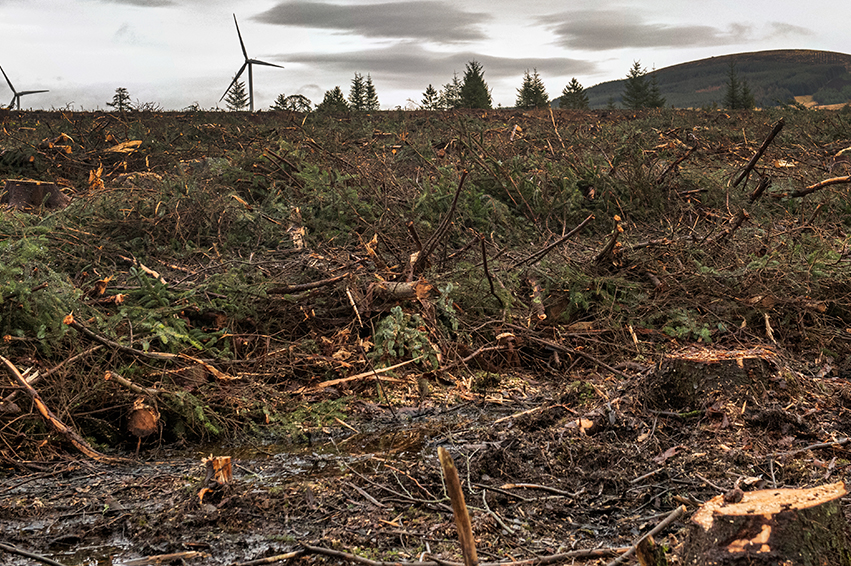 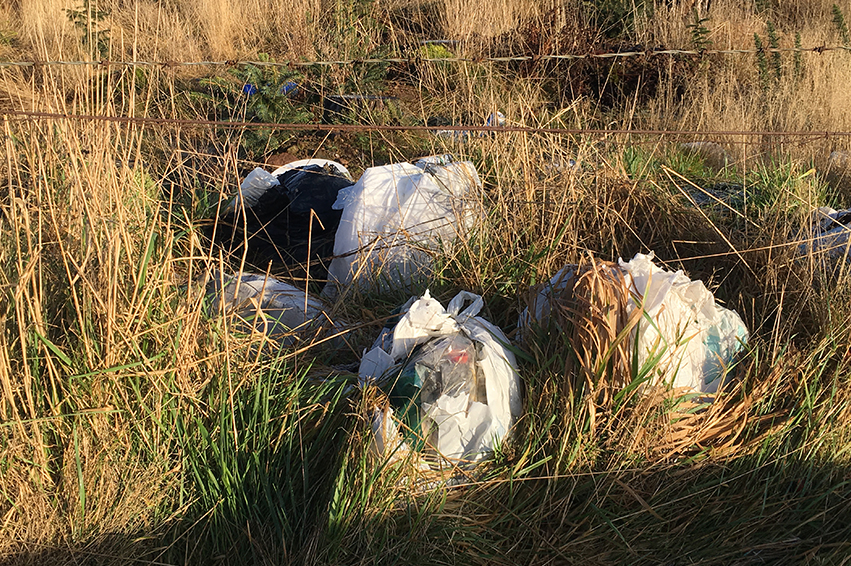 I've seen some of these ghost forests used for fly-tipping and rubbish dumps.

However, all is not lost. Environmental charity Trees for Life is now leading the cause for saving the forest.


“At Trees for Life, we are working to save the forest and its wildlife. Thanks to many volunteers from around the world, we have planted some 1.2 million trees at dozens of locations, and have helped the natural regeneration of several hundred thousand more.''