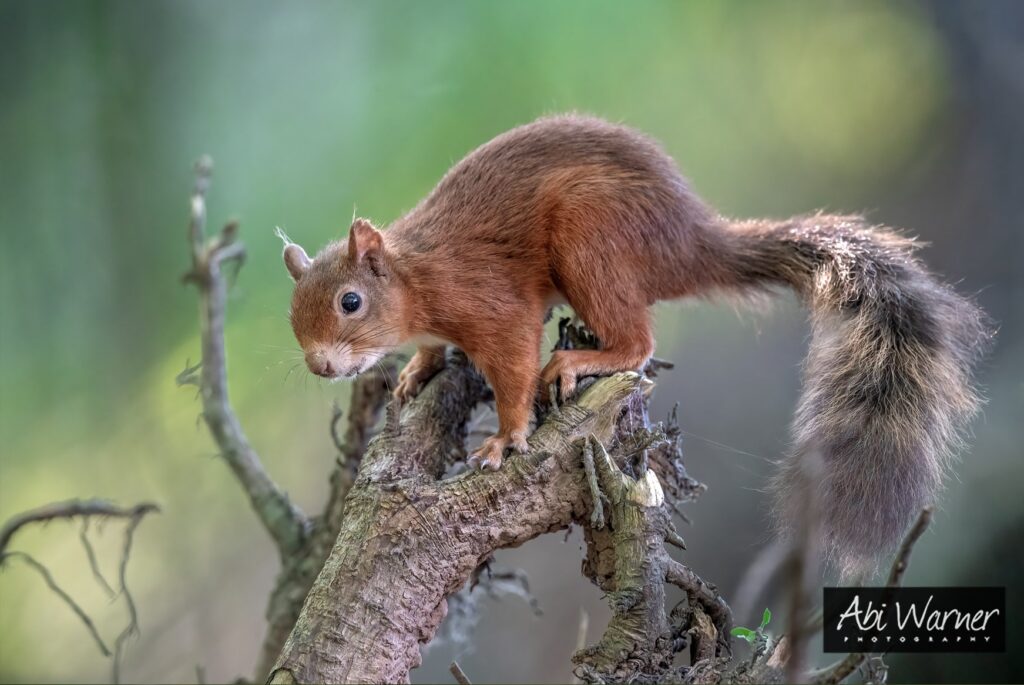 Over the last few years we had started to see a few Red Squirrels in our local area, but had never had the opportunity to photograph them, as they appeared sporadically and there never seemed to be more than one.

We had been out photographing a very old and active Badger sett late one evening. I decided to put a wildlife camera up to monitor the sett and were over the moon to see at least one Red Squirrel. Sadly, there were also a number of Grey squirrels.

After speaking to the local Red Squirrel group about how to encourage the Reds and deter the Greys we decided to build a Red Squirrel only feeder. Please message me if you would like the plans.

We put our first design “mark 1” up and although reasonably successful the Greys could still get their heads in and gnawed away at the wooden feeding box, but couldn’t get the food.

Following a re-design, we put up “mark 2”. It worked brilliantly. The wildlife cam now shows that we have regular visits from at least three different Reds, including this one who we have named Stripey, because of his stripey tail.