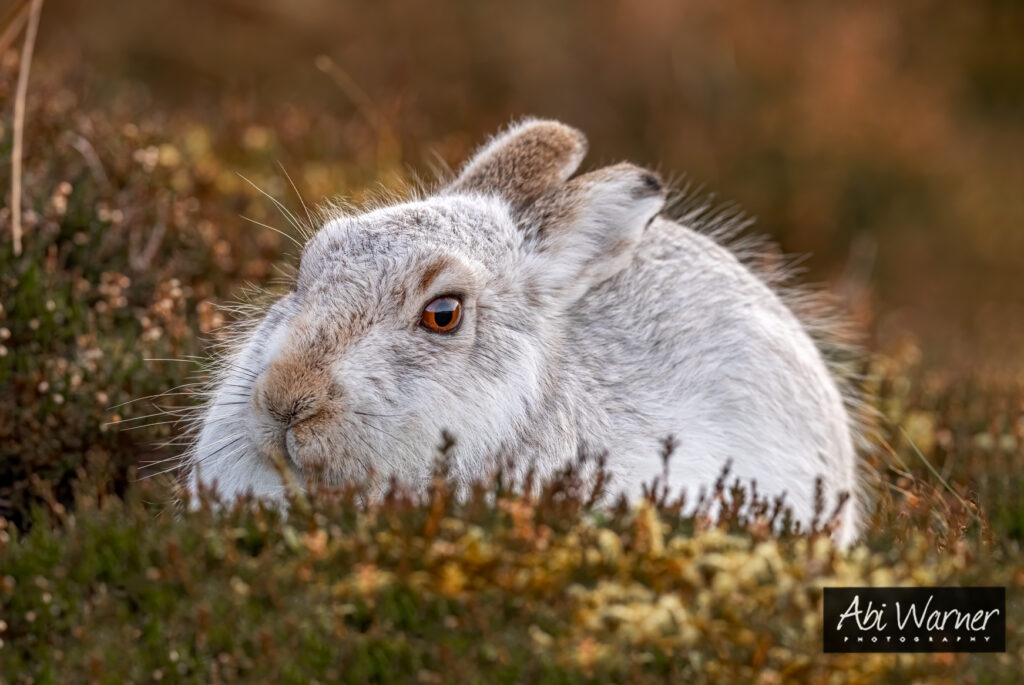 I was not disappointed. I parked the car in the little car park and followed the track for about 15 minutes. It was a bright clear day towards the end of winter time with low wind and sadly no snow.

We walked far about 10 minutes and then noticed a Hare sitting in a form, which is shallow depressions in the ground or grass; where they shelter. His white coat was so obvious. (which sadly can make them very easy prey).

He stuck out in the dark green and bronze coloured heather that surrounded him. We carefully crouched down but expected him to run, but as they so often do, he sat happily not doing much, turned to have a look at us and appeared to be completely unbothered and after about 15 minutes he bounded off.

A little later we discovered another very chilled out Hare, who, again was very happy to sit not doing much and be photographed, so we must have sat with him for while. He dosed for a little bit and after waking up cleaned himself with his great big fluffy white foot.

As the sun was starting to go down, we decided it was time to call it a day, but will definitely go back there again. They are so calm but captivating, whether I photograph them bounding across the hills or just sitting.