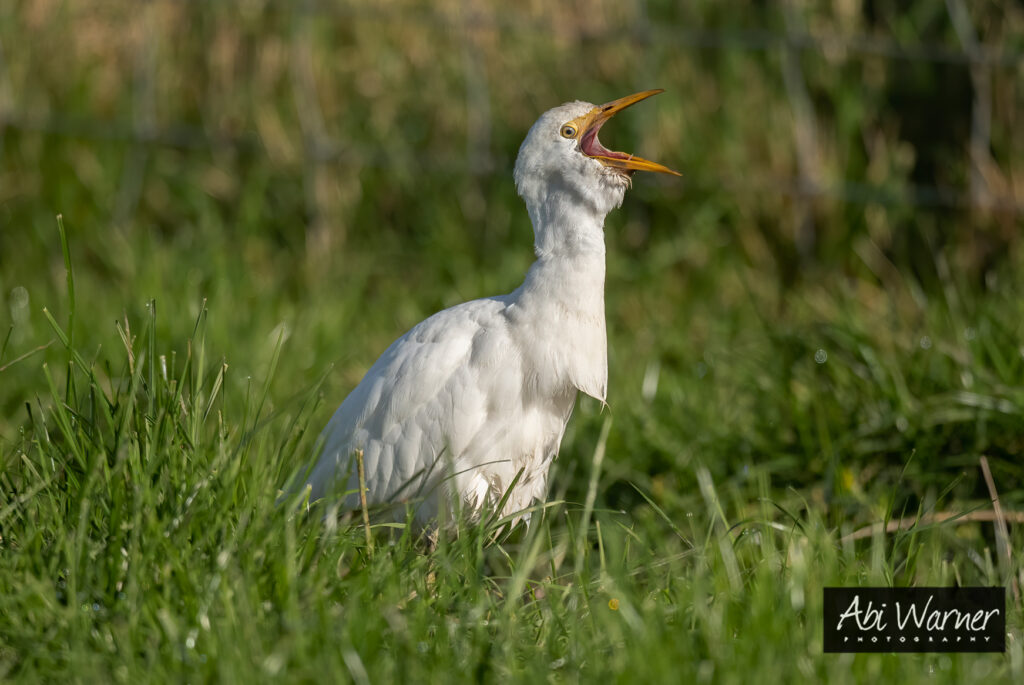 It was a huge surprise to find out that there was a Cattle Egret that had taken up residence on a farm in Stirling.

I often photograph little egrets but had never seen, let alone photographed a Cattle Egret. It is a smaller squatter bird.

They do winter in the U.K. generally in England, although with global warming, they are seen more often now in Scotland

When we arrived at the farm, the Egret was in a distant field, but very quickly flew over and landed in the field directly opposite me, he moved around the field, preening himself and sitting for short periods.

They are such pretty but elegant birds and the light behind his white feathers and bright yellow beak, contrasting against the darker backgrounds enabled me to get some beautiful photos. I particularly like the one of him all fluffed up.

He flew off to a compost heap where he continued to feed and I took a few more photos as it was a good opportunity to have him against a different background. He was great fun to watch and photograph.

I would love to have seen him standing on top of one of the cattle as they often do. Maybe next time.